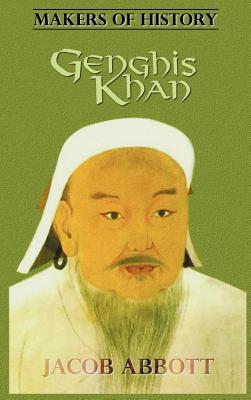 He came to power by uniting many of the nomadic tribes of northeast Asia. After founding the Mongol Empire and being proclaimed Genghis Khan, he started the Mongol invasions that would ultimately result in the conquest of most of Eurasia. These included raids or invasions of the Kara-Khitan Khanate, Caucasus, Khwarezmid Empire, Western Xia and Jin dynasties. These campaigns were often accompanied by wholesale massacres of the civilian populations – especially in Khwarezmia. By the end of his life, the Mongol Empire occupied a substantial portion of Central Asia and China.

Before Genghis Khan died, he assigned Ögedei Khan as his successor and split his empire into khanates among his sons and grandsons.[4] He died in 1227 after defeating the Western Xia. He was buried in an unmarked grave somewhere in Mongolia at an unknown location. His descendants went on to stretch the Mongol Empire across most of Eurasia by conquering and/or creating vassal states out of all of modern-day China, Korea, the Caucasus, Central Asian countries, and substantial portions of modern Eastern Europe, Russia and the Middle East. Many of these invasions resulted in the large-scale slaughter of local populations, which have given Genghis Khan and his empire a fearsome reputation in local histories.