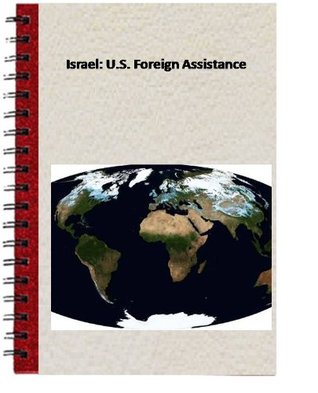 Congressional Research Service Report for Congress....Israel is not economically self-sufficient,and relies on foreign assistance and borrowingto maintain its economy. Since 1985, theUnited States has provided $3 billion in grantsannually to Israel. Since 1976, Israel has beenthe largest annual recipient of U.S. foreignassistance, and is the largest cumulative recipientsince World War II. In addition to U.S.assistance, it is estimated that Israel receivesabout $1 billion annually through philanthropy,an equal amount through short- andlong- term commercial loans, and around $1billion in Israel Bonds proceeds.Israeli Prime Minister Netanyahu told ajoint session of Congress on July 10, 1996,that Israel would reduce its need for U.S.

aidover the next four years. In January 1998,Finance Minister Neeman proposedeliminating the $1.2 billion economic aid andincreasing the $1.8 billion in military aid by$60 million per year during a ten year periodbeginning in the year 2000. The FY1999,2000, and 2001 appropriations bills includedcuts of $120 million in economic aid and anincreases of $60 million in military aid foreach year.U.S.

aid to Israel has some uniqueaspects, such as loans with repayment waived,or a pledge to provide Israel with economicassistance equal to the amount Israel owes theUnited States for previous loans. Israel alsoreceives special benefits that may not beavailable to other countries, such as the use ofU.S.

CRS experts assist at every stage of the legislative process — from the early considerations that precede bill drafting, through committee hearings and floor debate, to the oversight of enacted laws and various agency activities.CRSs analytic capabilities integrate multiple disciplines and research methodologies. In a fast-paced, ever-changing environment, CRS provides Congress with the vital, analytical support it needs to address the most complex public policy issues facing the nation. Its work incorporates program and legislative expertise, quantitative methodologies, and legal and economic analysis.