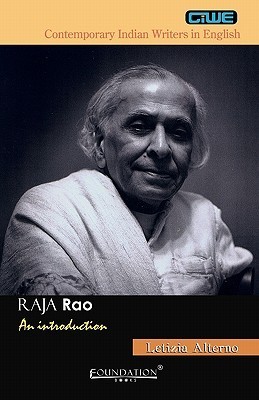 With the high visibility of Indian writing in English in academic, critical, pedagogic and reader circles, there is a perceivable demand for lucid yet rigorous introductions to several of its authors and genres.The CIWE texts cater to a wide audience - from the student seeking information and critical material on particular works to the general, informed reader who might want to know a little more about an author he/she has just finished reading.

Cast in a user-friendly format and written with a high degree of critical and theoretical rigour, the texts in the series will provide astute, accessible, informed entry-points into a wide range of works and writers.CIWE, we hope, will further strengthen the interest in and readership of one of the most significant components of world literatures in English.Raja Rao, as one of the Big Three of Indian English Literature, was known for his distinctive writing style that experiments with a new English to tell the story of his India .

Raos work - both his fiction and non-fiction - leads to a metaphysical exploration that gives an insight into the ideological foundations of India, the country and India, the spiritual Mother. In this study, Letizia Alterno examines Raos work from a psychological and spiritual point of view, bringing out the authors innate connection to Indian philosophy through the theme of a quest for a Guru.Key Features:Introduces Raja Raos philosophy to students, bringing both the East and West together.Suitable for both Indian and Western readers looking to learn more about Raja RaoA new look at themes in Raja Raos fiction - the Missing Mother and the Search for a GuruAn extensive bibliography