Traffic and Congestion in the Roman Empire C R Tilburg 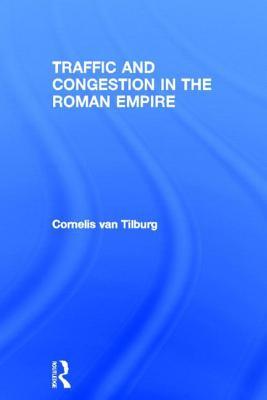 The first book to ever examine ancient Roman traffic, this well-illustrated volume looks in detail at the construction of Roman road, and studies the myriad of road users of the Roman Empire: civilians, wagons and animals, the cursus publicus, commercial use and the army. Through this examination, Cornelis van Tilburg reveals much of town planning in ancient cities: the narrow paths of older cities, and the wider, chessboard-patterned streets designed to sustain heavy traffic.

He discusses toll points and city gates as measures taken to hamper traffic, and concludes with a discussion as to why the local governments attempts to regulate the traffic flow missed their targets of improving the infrastructure.

This book will interest any student, scholar or enthusiast in Roman history and culture.

Comments
Comments for "Traffic and Congestion in the Roman Empire":