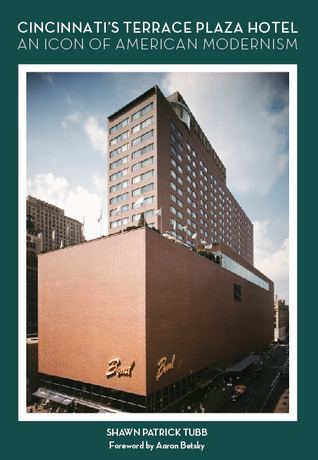 The complex stands at 15 West Sixth Street, between Vine and Race streets, in the heart of the central business district. Designed by Skidmore, Owings & Merrill (SOM) between 1945 and 1946, the avant-garde Terrace Plaza opened in 1948 to national acclaim, being the first Modernist hotel built in the United States. But since 2008, it has stood empty, awaiting reuse. The original owner and developer was Thomas Emerys Sons Inc.

whose president, John J. Emery Jr., created this visionary structure. Natalie de Blois, a pioneering woman architect for SOM, was lead designer for the 20-story high-rise, which included a J.C. Penney and a Bonds department store on the first seven floors.

Guests entered the hotel after an elevator ride to the eighth floor lobby, where they were welcomed by an Alexander Calder mobile and a Formica Realwood reception desk. The lobby bar and Terrace Garden opened onto a dramatic outdoor terrace, which featured an ice-skating rink in winter and outdoor seating in the warm months. For the Skyline Restaurant, the developers commissioned a whimsical mural of Cincinnati by Saul Steinberg. The iconic Gourmet Room restaurant was dominated by a dramatic Joan Miró mural painting. In 1965, the Calder, Miró, and Steinberg were donated to the Cincinnati Art Museum, where the first two are on permanent display.

Emery was a highly successful businessman whose many avocations included city planning, progressive government, and stewardship of the Cincinnati Art Museum. He wanted a Modernist hotel and mixed-use complex that would be of its time just as his Carew Tower-Netherland Plaza Hotel complex reflected its time in the late 1920s. Modernism dominated mid-twentieth century global architectural history, and it is the foundation of most contemporary design. This book is a history of the Terrace Plaza Hotel design and building project and the people and companies who made it.

The author, Shawn Patrick Tubb, believes that the story of the building and its significance demonstrates how the city was once a leader in Modernist design.Winner of the 2013 Cincinnati Preservation Association Education Award