Envisioning Taiwan: Fiction, Cinema, and the Nation in the Cultural Imaginary June Yip 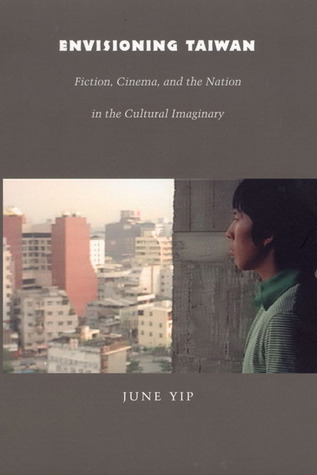 Two decades of democratization and the arrival of consumer culture have made the island a truly global space. Envisioning Taiwan sorts through these complexities, skillfully weaving together history and cultural analysis to give a picture of Taiwanese identity and a lesson on the usefulness and the limits of contemporary cultural theory.Yip traces a distinctly Taiwanese sense of self vis-à-vis China, Japan, and the West through two of the island’s most important cultural movements: the hsiang-t’u (or “nativist”) literature of the 1960s and 1970s, and the Taiwanese New Cinema of the 1980s and 1990s.

At the heart of the book are close readings of the work of the hsiang-t’u writer Hwang Chun-ming and the New Cinema filmmaker Hou Hsiao-hsien. Key figures in Taiwan’s assertion of a national identity separate and distinct from China, both artists portray in vibrant detail daily life on the island. Through Hwang’s and Hou’s work and their respective artistic movements, Yip explores “the imagining of a nation” on the local, national, and global levels. In the process, she exposes a perceptible shift away from traditional models of cultural authenticity toward a more fluid, postmodern hybridity—an evolution that reflects both Taiwan’s peculiar multicultural reality and broader trends in global culture.

Comments
Comments for "Envisioning Taiwan: Fiction, Cinema, and the Nation in the Cultural Imaginary":