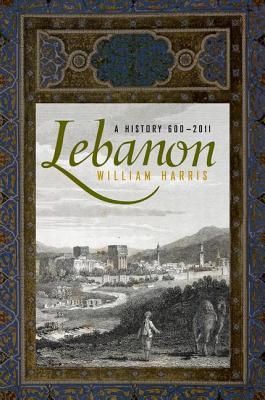 William Harris has described Lebanons situation within a wider historical context in his books Faces of Lebanon and The Levant, both of which deliver up-to-date analysis and have received international acclaim. Now, barely into the 21st century, history has taken revenge. The Israelis have withdrawn from the South, and the Syrian troops from all of Lebanon, after the people of Beirut rallied against the occupations and took back their streets.

But bombings and contract killings are still the order of the day, and the future of Lebanon remains uncertain. William Harris, a scholar and journalist who is frequently at the right place at the right time, is eminently qualified to analyze events and make projections about the future. When Lebanese Christian General Aoun made his triumphant return from French exile in 2005, he met with Harris. Their last encounter was in his bunker under bombardment.

Under similar circumstances, Harris met with Arafat just before he was forced to leave Lebanon. Harris has also shared drinks with Druze leader Walid Jumblat, advised Israeli minister Yossi Beilin about their push for Lebanese withdrawal, and had several talks with various Bathist politicians in Damascus.Publishers Weekly has praised Harris for managing to find a harmonious balance between wry asides of taxi drivers and local tales on the one hand and interviews with such luminaries as the former deputy director of Israel military intelligence and the chairman of the Palestine National Council on the other .

. ., while Al-Hayat has remarked on the lively debates among Lebanese who read his books.Married to a Lebanese Shiite, William Harris is fluent in Arabic, Hebrew, and Turkish. Currently at the University of Otago, New Zealand, Harris has taught at Haigazian University College in Lebanon, Middle East Technical University in Ankara, Johns Hopkins University, Exeter University, University of New South Wales, and Princeton University.

Comments
Comments for "The New Face of Lebanon: Historys Revenge":