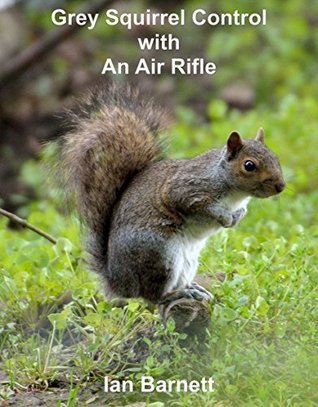 The motive for writing this book is the recent announcement by Her Majesty’s Government that it intends to fund a National cull of the non-native grey squirrel, Sciurus carolinensis. This is an unprecedented move towards common-sense wildlife management and the only example I can recall in my generation. Not since the East-Anglian coypu cull of the 1950’s has HMG sponsored total eradication of a species. The reasons are there for all to see. Not just the estimated £10 million of damage to forestry but also its unchallengeable contribution to the decline of our native red squirrel, Sciurus vulgaris.

A lively, inquisitive and entertaining creature … the grey squirrel will now always have a foothold and food source in our towns and cities. For this reason alone, a national cull is probably doomed to failure. In rural areas, however, the air-rifle hunter will always find work to do and landowners asking for a reduction in numbers.

It is the fifth most unpopular resident on a farmers or foresters estate, behind the fox, the rabbit, the rat and the wood-pigeon. On the foresters estate, it is second only to deer on the ‘nuisance’ list. Despite the overwhelming evidence, many conservationists continue to imitate the ostrich and claim that songbird nest predation by Sciurus carolinensis is negligible … but we know different, don’t we? All genuine country folk know. Moves to eradicate the grey and re-establish our native red squirrel are building in momentum throughout the UK and this is giving opportunity not just to trappers but also air rifle hunters.

For the adept air rifle hunter has a very effective, safe and non-disruptive tool for clearing grey squirrels. I know, because I cull hundreds every year. Becoming adept is all about knowing how, where and when to tackle this abundant and challenging quarry. Hopefully, this book will help both novice and experienced shooter with it’s tips and insights into grey squirrel behaviour.

Comments
Comments for "Grey Squirrel Control: With An Air Rifle":