The Carpet Wars: A Journey Across the Islamic Heartlands Christopher Kremmer 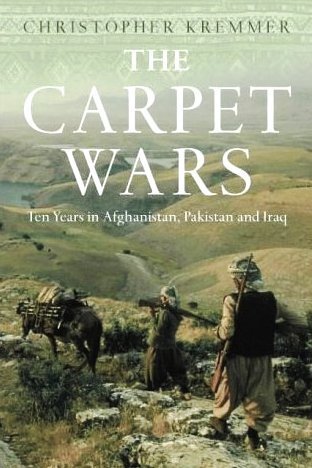 In The Carpet Wars, award-winning journalist Christopher Kremmer chronicles his fascinating ten-year journey along the ancient carpet trade routes that run through the worlds most misunderstood and volatile regions -- Afghanistan, Iran, Iraq, India, Pakistan, and the former Soviet republics of Central Asia.Christopher Kremmers odyssey through the crescent of Islamic nations began in the early 1990s, when he arrived in Afghanistan to meet the communist-backed president, Mohammed Najibullah.

On the outskirts of Kabul, mujahideen rebels were massing while the carpet dealers of the old city continued to ply their timeless trade. Kremmer was in Kabul when the mujahideen turned their guns on one another after ridding the country of the hated communists. He was there when the Taliban came and the army of religious students -- aided by the wealthy Arab radical Osama bin Laden -- emerged from the scorched earth to implement their vision of a pure Islamic state.Traveling through these territories, Kremmer chronicles Islamic societies as they were convulsed by dictatorship and greed and as refugees sought asylum in the West.

He cemented lifelong friendships and met an unforgettable cast of characters, from nomads toiling on portable handlooms to shady merchants and leaders of the syndicates that control the bazaars. In the remote Hindu Kush, he celebrated Eid with the late Afghan guerrilla legend Ahmad Shah Massoud. In Kandahar, he took tea with Taliban leaders and went hunting for Osama bin Laden.

Comments
Comments for "The Carpet Wars: A Journey Across the Islamic Heartlands":