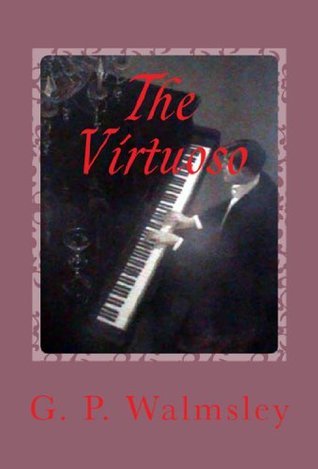 Well, not so again. Perhaps why shouldn’t be the question anyway. Perhaps what is the question we should explore? What is the story about?Romance? Absolutely! Love? You betcha. Hmmm! Sounds familiar, like hasn’t someone else written this stuff? Of course! I think one of those stories was, “War and Peace”, or “Romeo and Juliette”. They’re not my stories, of course. Then what makes my story different? Only about 130,000 words, plot, sub-plots, characters and of course, the author’s name.

Of course, my story is my story and I want to make it your story.Our virtuoso is more than a musician. No! Not a prostitute, at least not in the ordinary sense. Our protagonist, Jack/John Dupree is a guy with hopes and dreams and notions about life that place him outside the cookie cutter image. It’s also about a woman, a very attractive woman, Sophia Berry and she is a prostitute.

But she is so much more than a hooker. She is a person and like our favorite virtuoso she has human qualities and frailties that make her special. We will explore their lives and the less than simple threads that bind them in a world that so often appears simply black and white.We will not be just spectators from our comfortable armchairs, but drawn to know them in very special ways. Ways that may shock your sensibilities or tickle your fancy, but you will never lose sight of the human condition we all share - rightly or wrongly.The embryo of “The Virtuoso” was conceived, yet was slow in its coming- much slower than gestation should allow.A mainstream contemporary novel laced with the struggles and ambivalence of a young mans desire to be a jazz musician and the forces that move him in another direction - to the classics.

How this dilemma resolves itself and the escapades along the way will both rouse, yet soothe your quest for escape from the mundane!The Virtuoso is a story of romance. A story of love between lovers, between family and friends, and the oldest story of all - the story of human frailty against the spear of temptation.

The lives of John Dupree and Sophia Berry are played out against the canvas of music and on the darker side - prostitution. Be prepared for three dimensional characters and convoluted plots. The Virtuoso will transport you - drawing you into the story to live each scene.From the worn streets of New Orleans during World War II to living in the poshness of a high-rise apartment in New York, we join he and Sophia in the intimacy of their lives. Their lives unfold in a fate that spans some 20 years, in many ways a symbiotic relationship.

She is a benefactress in his formative years as he moves toward his goals and hers. He is a benefactor of her love and influence.

Comments
Comments for "The Virtuoso":